How I Made A Repurposed Elevated Raised Garden Bed 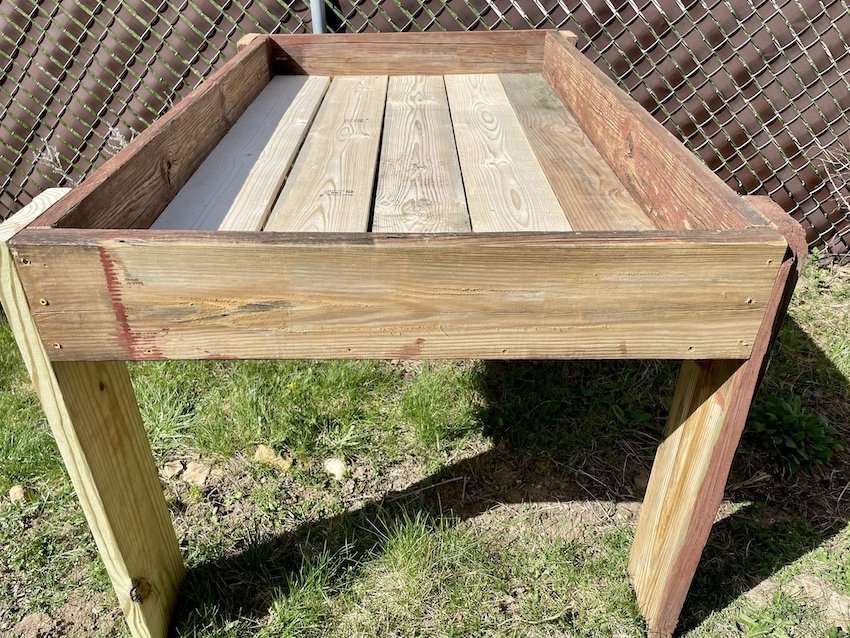 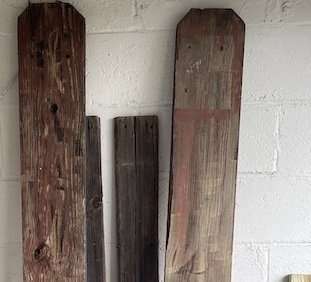 I’ve never made a raised garden bed. I definitely never made an elevated raised garden bed. I don’t own a drill, electric saw, deck nails, extra wood, or horses; whether plastic horses needed to cut the wood or real horses to help me find find some. I didn’t have anything but determination, a sunny day, and help from a family friend by the name of Handyman Pat. He knows how to do everything and is always working on something. He had the tools like the electric saw and horses, but they could also be rented from Home Depot if needed. He’s even a local celebrity at Home Depot; everyone seems to know his name.

Step 1: Find used wood. So, I googled and found 2 local salvage yards. I went to the one with a lot of barnwood. It was so interesting that I was there for a few hours, and asked Jill a million questions. I learned that the way to measure the cost of wood was using a “board foot calculator”, and I used one online at OmniCalculator.com. I learned that Oak is more solid and best for legs versus Pine which is lighter and better for up top. I got some wood, but got so overwhelmed and excited by everything else in the salvage store that I didn’t get enough wood. I forgot to get pieces for the slats/bottom of the box area. But I did get to see old typewriters, safes, lighting – even chandeliers for candles!, and other really interesting things. Creative people who were more experienced would lose their minds in there. There was even a corner that was ‘not for customers’ that had pieces that an artist was working on for an exhibition or something. It was a big mirror, table and other things designed with recycled skate board materials. Did any of this help me in my goal to make a raised garden bed? No. But was it really fun to look at? Yes.

Step 1.2: Find more used wood. Next I called Pat to ask if he had any extra wood. Turns out, at that moment he was taking down old park benches. So he brought the old park bench wood over. It was really heavy duty and great for legs. I didn’t think the underside of the bed (the middle) had to be that strong because I thought that the dirt and plants aren’t that heavy. Turns out they are that heavy. So, I cheated and had to buy some of the wood too. The park bench wood wouldn’t work. The point of this is to try, and to share the how-to experience, not to be a saint. I’m not a pro. I didn’t even think about the difference between DIY and repurposing until recently.

Step 2: Cut the wood. So, Pat used an electric saw to cut the wood to the right sizes. We drilled (using deck screws) the 4 pieces together, and then the 4 legs onto the outside of that. The most important thing only that the diagonal dimensions (the X in the middle of the 4 sides) end up exactly the same. The length and width of the sides really don’t matter.

Step 3. Screw the pieces together. You have to use the right size screws for whatever size wood you use…. so that the screws get both pieces of wood, but don’t through it entirely. Just make sure that 1. your screws aren’t longer than your 2 pieces of wood together, or too short and 2. the diagonal X in the middle of the 4 pieces will be the same sizes. (video)

Also it’s important to put small pieces of wood as ‘ledges’ to hold up the flat pieces in the middle. It’s best to clamp them, and then screw them together from the side rather than from the bottom up. A ledge screwed from the bottom up won’t have as much support as if it’s screwed and put on the side.

Step 4: Add the ledges. Measure the inside area sections. Cut them to the right length. Add them and clamp them to the inside of the box area. In this case it was 1.5″ wide ledge.

Possible future issue: The wood was warped and curved, so there was space in between the leg and the corner. Screws aren’t able to smush the two pieces of wood together if it’s warped. If ice gets in the open space in the winter, it can push apart the wood. A solution was I think putty..  but that can be done later. It’s nowhere near winter anyway.

Immediate issue: There was a huge bumble bee that kept hovering where I originally wanted to put this. It was hovering in the same area for hours like it was guarding it. It just lingered. I have no idea what was going on, I only knew that something was going on. So I decided to put the garden bed on the other side of the yard and not disturb the bee’s clearly serious mission.

Step 5. Now it’s time for the final and easiest part, screwing in the flat boards to be the bottom of the garden bed. It’s important to leave small slats of space in between to allow water to get through. So that the soil doesn’t fall through the slats too much, I’m going to just add a piece of weed barrier on top of it. Also, later I’m going to stain it or something to even out the appearance.

And that’s it! Getting the wood and the tools took much longer than actually putting it together. Putting it together only took about 3 hours. Gathering wood and things took about 2 weeks. The point of this is using what already exists. It could be wood nearby from a park bench being removed or an hour away at a salvage yard with a lot of barn wood. It’s hard to be perfect, and some cheating is ok. But this wasn’t a DIY on how to do this perfectly with all new materials.

This was how I used what’s around me to hack something together the first time and share the experience. So before you get disappointed  with my how-to writeup and ask for your time back, remember that you knew what you were getting into from the first sentence “I’ve never made a raised garden bed.” 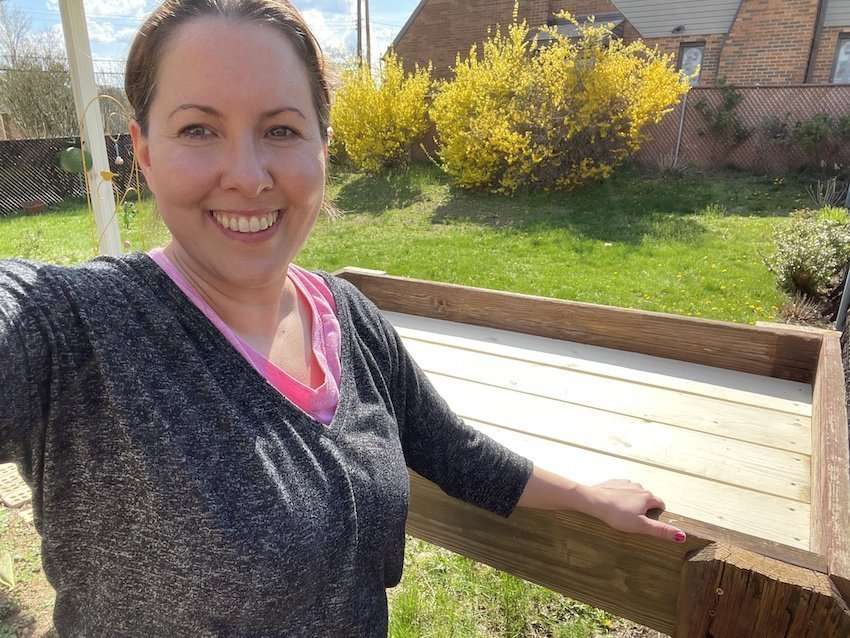 Deck screws and a power drill

Saw (in this case an electric saw)

If you don’t have the tools or can’t borrow them from someone, you can rent them from Home Depot.

A leveler (it helps to make sure it’s level)

A clamp to hold pieces of wood together when screwing

Any wood that you can find that isn’t too knotty and isn’t too curved at the ends. You can cut off ends, but just figure out ahead of time where the major warping might effect things.

X What Not To Do X

TIME IT TOOK ME

What Do You Think? 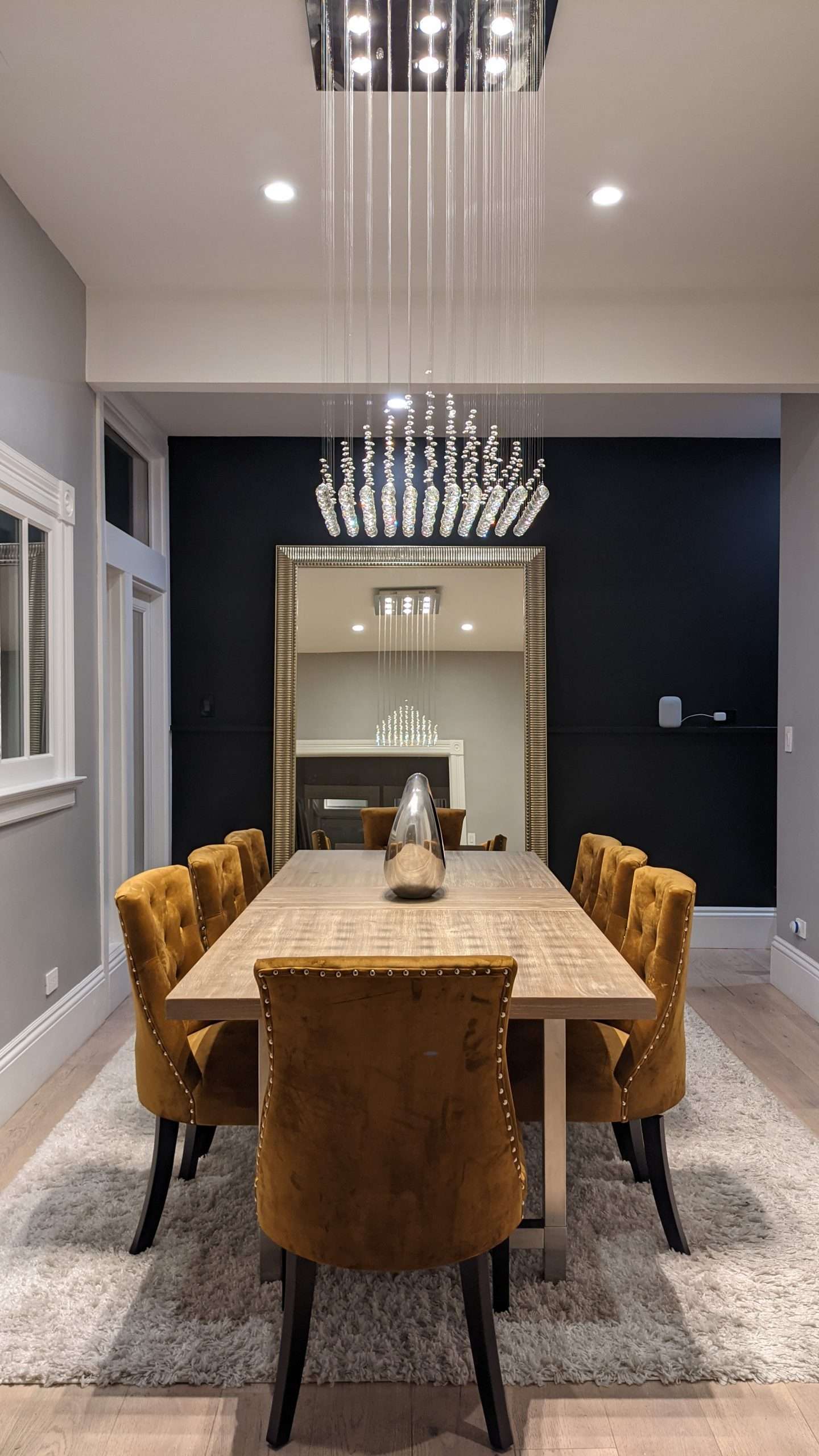 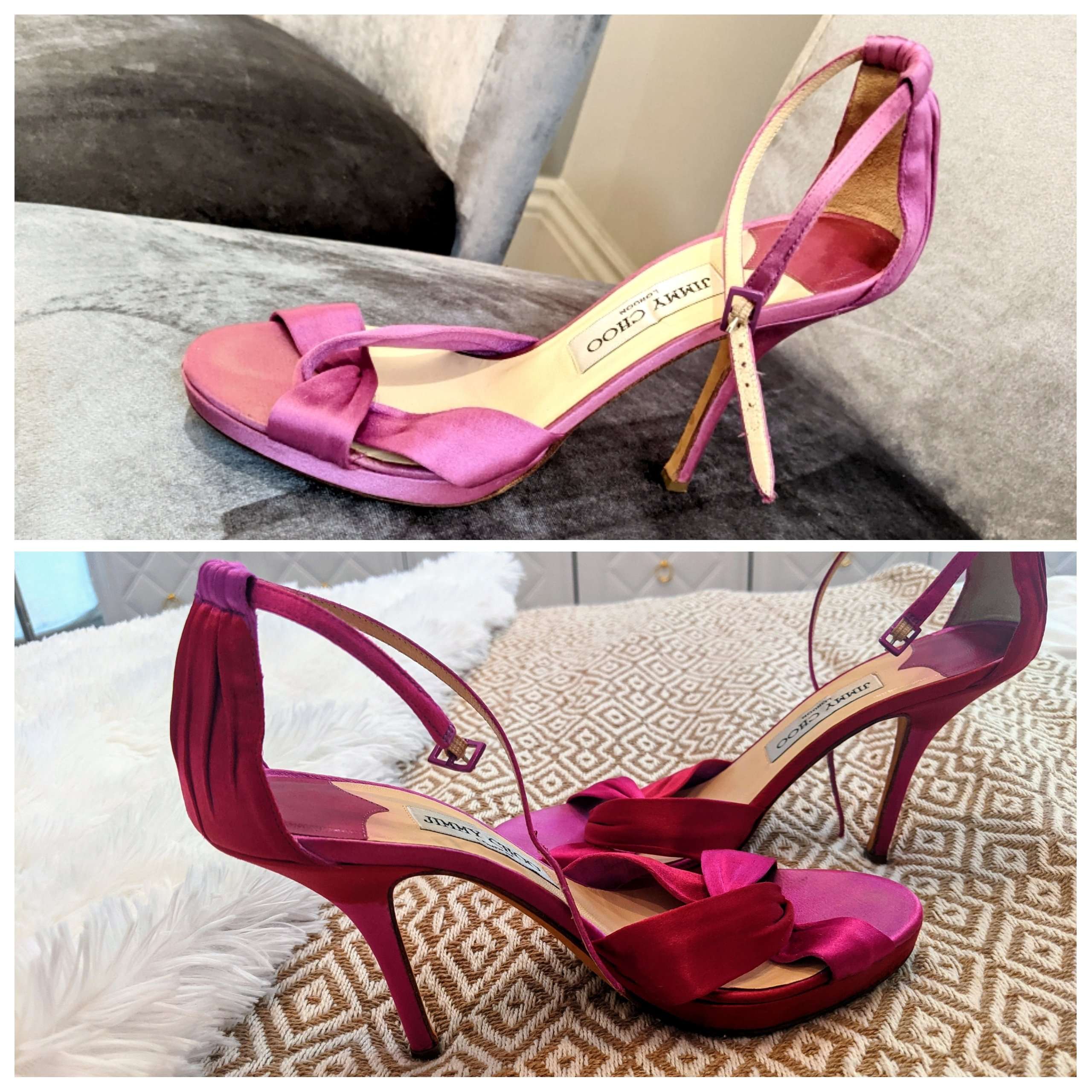